Associate Professor Sue Doe teaches courses in Composition, Autoethnographic Theory and Method, Research Methods, and Graduate Student Preparation for Writing in the Disciplines. She does research in three distinct areas—academic labor, writing across the curriculum, and student-veteran writing in the post-9/11 era. Coauthor of the faculty development book Concepts and Choices: Meeting the Challenges in Higher Education, she has published articles in College English, College Composition and Communication, and Writing Program Administration as well as several book-length collections.  Her forthcoming collection on student-veterans in the Composition classroom, Generation Vet:  Composition, Veterans, and the Post-911 University, co-authored with Professor Lisa Langstraat, is under contract with the Utah State Press. 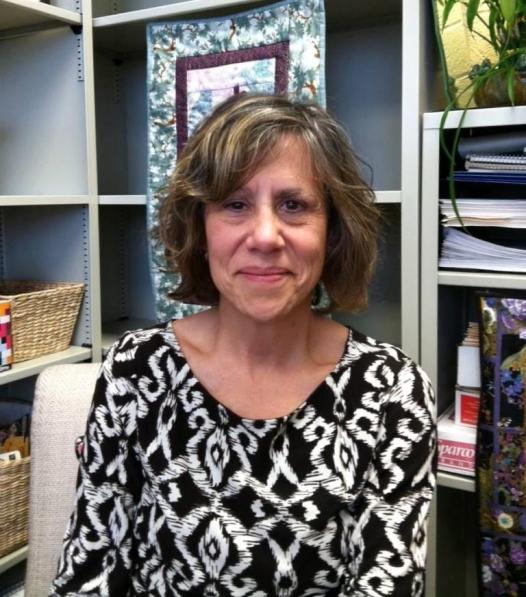 How would you describe your work at CSU?

I work in the Rhetoric and Composition area of the English Department. I’m both the graduate advisor, and the undergraduate writing major director; we rotate positions, and right now I’m doing those two roles. Prior to that when I first came on in my current position in 2007, I was brought in to do gtPathways, which is a writing integration that’s gone on within the entire core curriculum.

What bought you to CSU?

I actually started teaching here several years ago in 1997. I moved here with my family and my husband had a position here with the university, and I started a PhD program at that point. While I was working on my PhD I began teaching a course or two here in the English department. A while after I got my PhD, the department did a national search for a new person in rhetoric and comp, I applied for it, and that’s how I came to be in my current position.

What did you want to be when you were a kid?

Right up through my freshman year of college I wanted to be something in the sciences; I loved science; I liked to write, and I imagined that I’d write about science. At that time science writing was just a vague idea; it wasn’t really a path that you could follow in graduate school. I think it was after my first course in chemistry when I thought that maybe I wouldn’t do anything with science (laughs). I was also a musician; I played the piano and I sang, so for a while I thought I was going to be a musician. Early on, both of those things I thought of more so than doing something with English.

What special projects are you working on right now?

My colleague Dr. Lisa Langstraat and I have been working on a longitudinal study of student veterans at CSU, and we’ve been looking at the influx of veterans from our recent wars into universities. There are now 1 million student veterans across the country. We now have an ever increasing number of student veterans on this campus, and we’re also considered a veteran friendly campus. One of the things she and I are doing is to examine the experience of the student veteran from the start of their time at CSU to the end of it, and to examine how their literacy practices change over the course of their transition period, as they move from being in the military to civilian life.

What is your most memorable moment in the classroom?

One of the moments which stands out the most is something I think about a lot. I’m a mother of three, and my first child was born a week before finals. I took him into the final exam, and I will never forget that moment of being in the classroom. My students were at the end of the semester and finishing up the course; at the same time I was starting on something new which was being a mom, and the generosity of those students was amazing. It could have been extremely awkward, but there was no way that I was going to leave behind my one week old baby. I didn’t know what to expect, and maybe it wasn’t the smartest thing to do, but I couldn’t imagine leaving him behind. It was the most wonderful final exam that anyone could imagine.

What do you do during your free time?

I love to run. I’ve been a runner for about 40 years; there’s nothing like putting on my running sneakers and just going. It’s the best sport in the world because it doesn’t involve any equipment except those shoes so you can do it almost anywhere. And getting out into the elements, regardless of the weather, is not only freeing but empowering. I also love to hang out with my family. I have a grandson who is almost two and lives here in Fort Collins, He is just too funny and reminds me of the wonders of life because he sees everything, from a particle of dust to a dandelion. with fresh eyes. In a few weeks he will have a new baby sister and one of my two other children is also expecting a child. By the end of June, I’ll be a grandmother to three little children and while I initially felt I was too young for this grandma gig, I’ve come to enjoy it, just as everyone said I would!

What is something that your colleagues may not know about you?

I once wrote a speech for Gen. Norman Schwarzkopf

Things are blooming at Eddy Hall, image by Jill Salahub